The N. Side Quarry Crusher Building

By Leslie July 18, 2020
WHAT IS THAT BIG BUILDING AT THE STATE PARK? By Leslie Korenko This is one of the TOP 10 questions that we get asked at the history museum and on Facebook. That was the North Side quarry crusher. Late in 2018, the State Park cleared the trees and brush from around this structure, revealing it for the first time in many years. As a result, people are asking “What is that big cement thing at the State Park?” While there are several great pictures in the quarry section of the museum that tell a more detailed story about this structure and the various quarry operations on the Island, here is a little history about this particular building. The right side of the building was the steam plant that powered the entire operation. The left side was the crusher building and stone storage bins. Railroad cars would back up through a hole in the upper part of the building and tip stone down into the crusher, which was located in the corner where the two structures meet. You can still see the concrete pads from the trestle in the grass. Conveyor belts would carry the crushed stone across the top of the concrete structure and dump it into the bins. RR cars backed up underneath (in the ‘tunnel’) where the stone would drop into the cars. The train would carry the stone cars out onto the dock and dump it into the bins on the dock. These were called pocket docks. There were chutes that would be lowered to allow the stone to tumble onto the boats. If the stone should get stuck in the chutes, they would send a quarry worker in with a sledgehammer or a small charge of black powder or dynamite to dislodge the blockage. It was very dangerous work. Chris, at the State Park, wants to do some descriptive signage for this building. The North Side crusher building back in the day. That small building on the left was the Locomotive House. 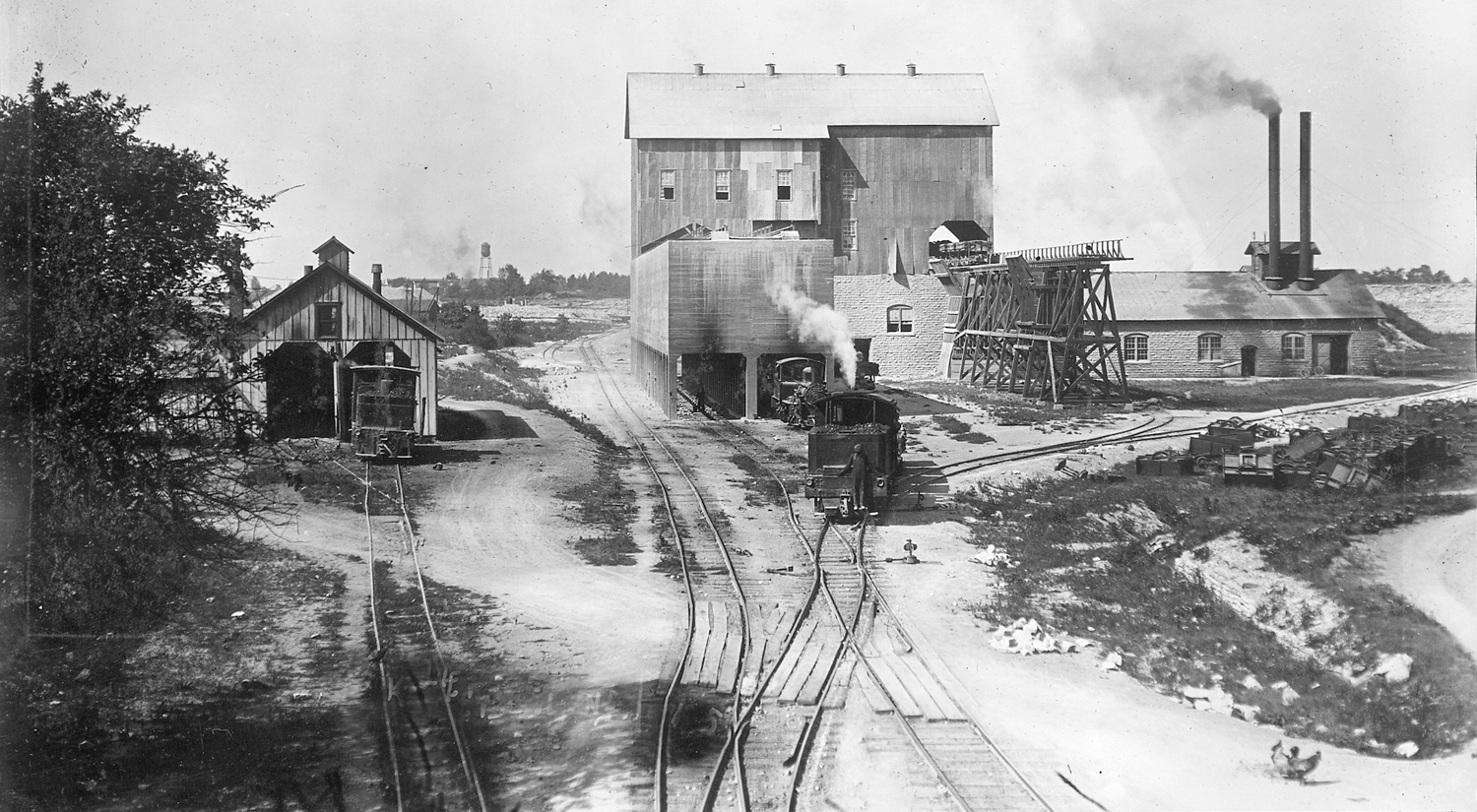 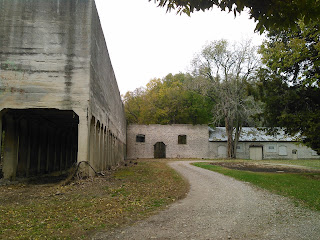 Look closely at the small shed – it was originally located on the roof of the building behind the smoke stacks. 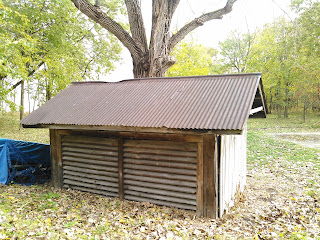 You can still see the concrete pads for the trestle in the grass. 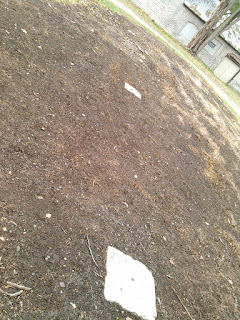