January 1952 – The Martin Light & Power Co. and residents of Kelleys Island received badly needed fuel oil … a mercy mission by the U S Coast Guard. A total of 254 barrels were transported to alleviate the fuel oil famine when ice and hazardous weather prevented shipment by normal methods.
(Thanks to Leslie Korenko for this article)

Today we enjoy heat during the winter, air conditioning in the summer with reliable electric service provided by the Hancock Wood Electric Co-op. But in the early days of electric service on the Island, electricity was provided by the Martin Electric Co., which was housed in the old south side crusher building. The entire Island was powered by an electric generator, the wires were 'daisy chained' which meant that if one link went down, the entire system failed.

In 2018, the museum featured the history of Electricity on the Island. You view those posters here:  https://www.kelleysislandhistorical.org/island-electricity-1.html

This is the Fairbanks generator that they used. The plant used 70 gallons of fuel oil a day to keep up with demand for power. 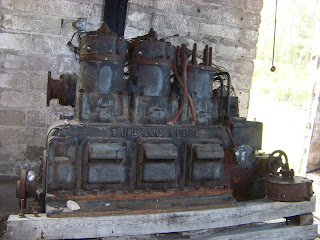 And part of the metered distribution system. 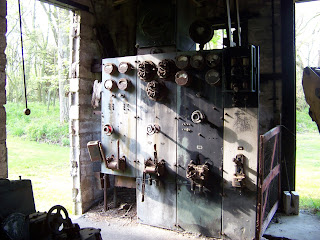 But what happens when the delivery of the much needed fuel oil doesn't happen. Extraordinary measures had to be taken.
Click on the pictures to make them bigger. 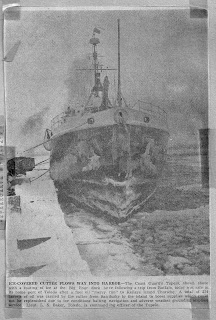 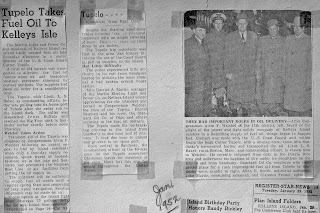