We’ve all seen them, the yearbooks from the 1970s when Kurt Boker had a hand in preparing them. They were hardbound and full of photos from the school and its students, but they also contained loads of historic pictures, stories and information.

One of the projects that Leslie undertook this winter was scanning all these old yearbooks and posting them to the KIHA website. These yearbooks contained quite a few surprises. The earliest complete yearbook we found in our files was from 1954 and came from Iola Riedy’s house.

Iola Riedy lived in the stone building on Division St. that used to be the stone school house. After the death of her husband, Gilbert, Iola, who was a professional librarian, installed a branch of the Sandusky library in a small room she added to the SW side of her house. The library served islanders and summer visitors until 1985 when she retired. Islanders recall putting their returned books on the washing machine inside the back door. The library then moved into the basement of Estes School. The Stone School House was built around 1853. 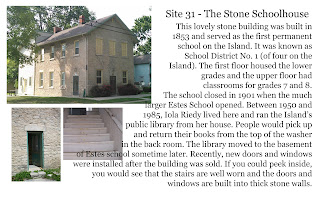 The items in this collection appear to be specifically island-related items from her library. Along with this yearbook, she also had quite a collection of newsletters from the school – called Kelligian from the 1950s. We hope to get these online sometime in the future.

So, here are the yearbooks we have, and the ones we are missing – have some fun. Each yearbook is (or will be) on our website and has a list of the names, photos and/or activities appearing in the book as well as a link to the fully scanned book.

1954 – WOW, this one is handmade, obviously a rare, limited edition. The pages are typed and the photos, and there are lots of them, are glued to the page. This is a glimpse into school activities from almost 70 years ago. (OK, now we are beginning to feel really old!) 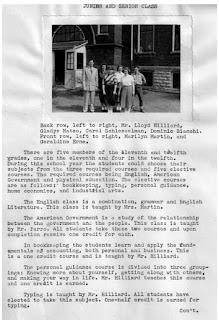 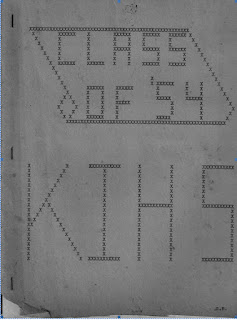 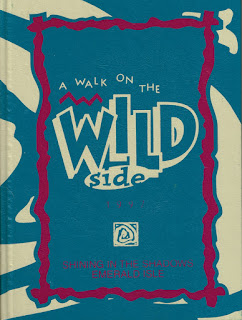 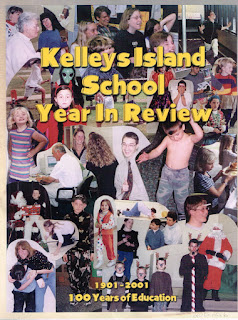 The contents of many of these included class photos from dating back to the 1800s. We have scanned them  and are adding them for a more concise history of the school and its students.

We encourage you to stop by our School Yearbook page and take a walk down memory lane.

We are so glad that the KI School thought this was such a great idea that they will be putting a link on their website to ours so everyone can enjoy the rich history that is Kelleys Island.

We also ask that if you have any of the missing yearbooks – that you lend them to us so we can scan them for a complete picture of education on the island. 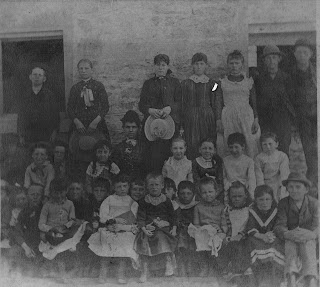